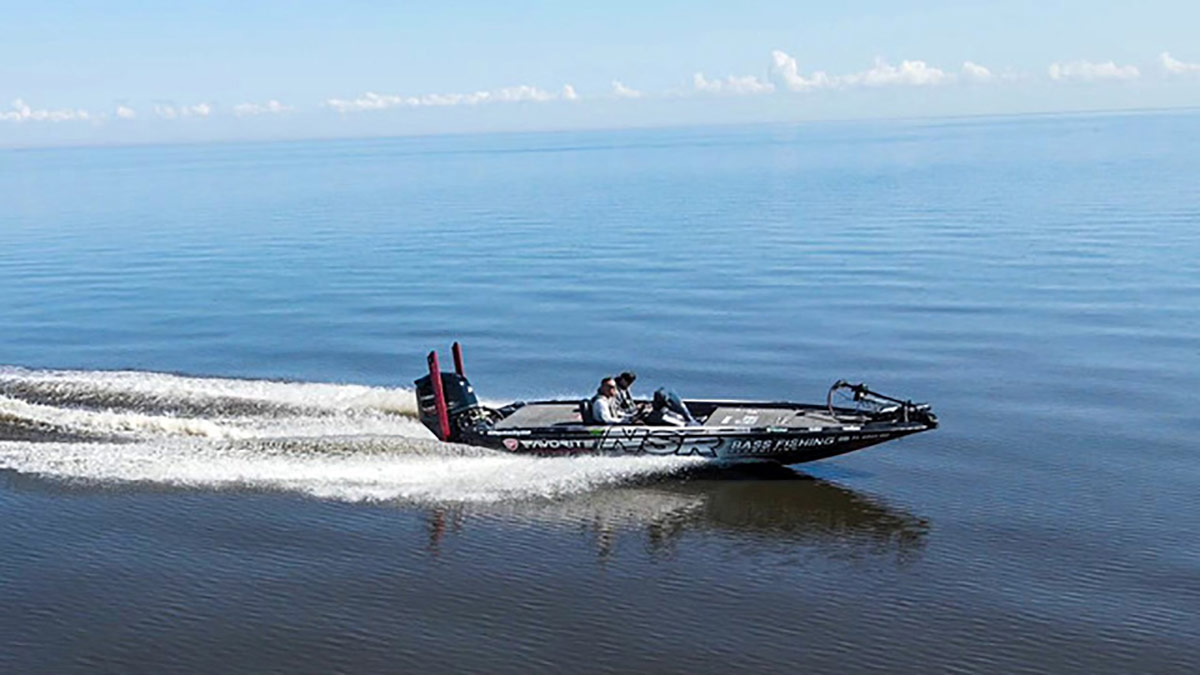 The much-anticipated partnership between NSR Fishing and Florida BASS Nation commenced during the South Trail and Spring Trail events at Lake Okeechobee this past weekend. The mission for NSR Fishing is simple, build the best database of qualified high school anglers for college coaches across the country. Knowing that Florida continues to produce some of the best talent, our NSR Fishing scouts we’re excited to start the twelve-hour drive to Clewiston, Florida and get on the water.

With a day to prepare before the weekend activities began, NSR scouts took the time to learn how to safely navigate the waters of the lake that anglers have nicknamed “The Big O”. While on the water, NSR scouts were able to identify young anglers showcasing their skills and knowledge of the lake during their practice as they began to lock in on key areas holding fish.

National Scouting Report CEO Rusty Rigney was honored to be the keynote speaker on Friday night for the Florida BASS Nation pre-tournament meeting for anglers, families, and boat captains. Glenn Cale, Florida BASS Nation Director, said as he introduced Rigney, “NSR has been working with athletes and their families in traditional sports for over 40 years. Now, they are here to see what you Florida anglers are all about.” Rigney went in depth about the history of National Scouting Report and detailed the full NSR program with the anglers and their families. “We are looking for the best anglers in the state of Florida. It’s not just about wins and finishes, it’s about becoming the complete angler that can bring real value to a collegiate program” said Rigney. “If you think you are on some fish, make sure you let one of our NSR scouts know so that they can scout and evaluate you during the tournament.” The night ended with many conversations with anglers that are wanting to further their fishing career by utilizing the NSR program. These young anglers presented great character and personalities while speaking with our scouts and we were excited to get the tournament started.

Saturday set up perfect with blue bird sky’s and over 170 South Trail anglers hitting the water. While our on the water NSR scouts were out filming and evaluating many teams in the points race for the year, there was a lot of buzz throughout the day about a few teams that had large bags of fish. That buzz quickly became reality as weigh-in started and teams crossed the stage. Connor Swindle and Max Lofton of the Hendry County HS Bassmasters would place 3rd with 20.15 pounds, Michael John Teate, jr. and Evan Newell of Mid Florida Youth Anglers would finish in 2nd place with 21.88 pounds while Drew Pitts and Luke Romesburg of the Tampa Bay Jr Bass Club would steal the show and take home the first-place prize with a giant five bass limit at 32.18 pounds.

Sunday welcomed another 170 plus boats for the Spring Trail tournament. Many teams had high expectations after the results from Saturday’s tournament but knew with the weather moving in adjustments would have to be made. NSR scouts were very anxious to get out on the water to see how the young anglers would adjust to the higher winds and the rain that was moving in for the early parts of Sunday. While many people speculated lower weights to come across the stage, six local high school anglers from the Okeechobee Brahmans team would prove everyone wrong taking the top three spots. Bringing in the biggest bag of the day would be the team of Joshua King and Hunter Daniels with 30.35 pounds. Behind them in second would be Lane Davis and Korbyn Lewes with 24.81 pounds and finishing out the top three spots in third place, Rafe Sexton, and Hillary Martin with 23.16 pounds.

With two thirty plus pound bags of fish and many over twenty pounds, several Florida high school anglers made their case to be considered as a NSR 5 Star Angler. NSR Fishing’s search for the best anglers in the country continues over the next couple of months as NSR scouts travel to legendary fisheries like Lake Guntersville, Lake Seminole, and Lake Palestine, where more of the best anglers in the country will show off their skills in front of NSR. 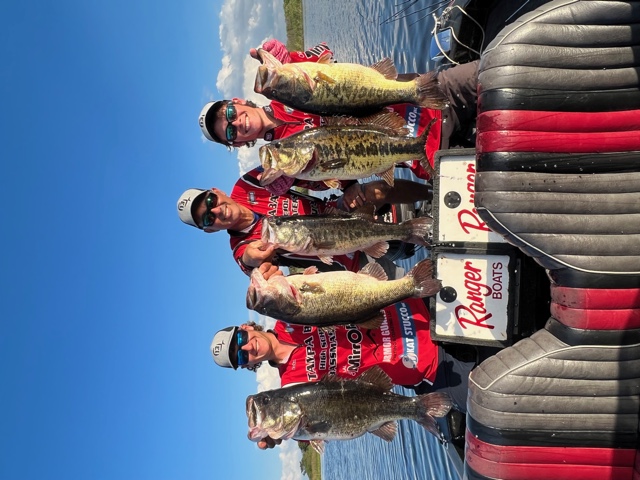 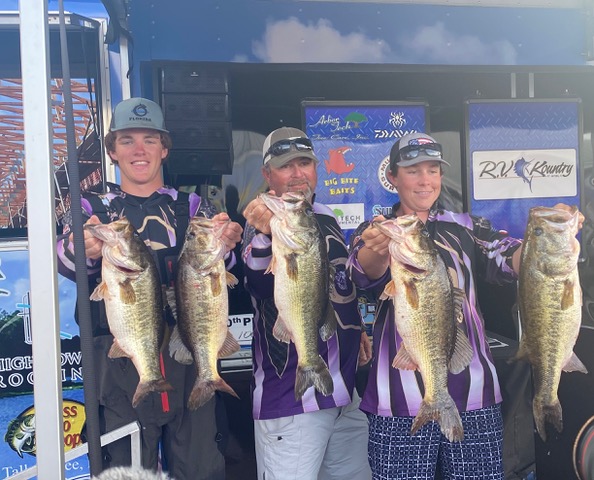